Today, we live in a world that is interconnected at an historic rate.  We can directly interact with billions of people via phone, text, and email, as well as assorted online platforms.  News is also abundantly available through traditional TV, radio and print, as well as newer venues like youtube and other online websites.

But what appears to be robust and permanent, is actually fragile and under attack.  Messages that differ from the accepted narratives are being deleted at an alarming rate, while those responsible for those message are being demonetized and de-platformed.  People are also being shadow-banned, resulting in their messages getting reduced visibility and circulation, all without anyone’s knowledge.

And it’s not just the private networks either.  We know from governments like China and revelations from Edward Snowden, that even more draconian measures are possible.  Websites can be de-indexed from the search engines, taken offline, or even replaced with fake versions.  Phone numbers and text can be blocked, as well as entire cellular and Internet networks.

To circumvent these measures, here are a few options:

For the more draconian measures (like entire cell phone or Internet networks being shut down), you’ll want to go old-school.  For less than $30, you can get a hand-held HAM radio that allows you speak directly to others. 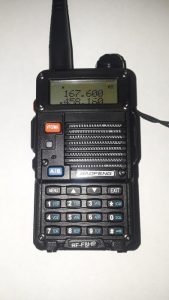 These offer point-to-point communications with no monthly fees, and no-one in the middle to block your messages.  They have a direct range of dozens of miles, and much further with amplifiers and repeaters.  With these devices, people can also form networks to relay messages to each other … just like in the old days.

Please note that, in normal times, you will need a HAM license (cheap and easy) to broadcast on these devices.  In an emergency, however, you’ll be grateful you have one, license or not.